As well as being a solo instrument, the piano can also be an accompanying instrument. There is a lot of music written for solo instruments (such as flute, violin, cello etc.) and solo voice with piano accompaniment.

Piano accompaniment is very different from solo playing, requiring a lot of skills.

In order to be an effective accompanist we must be able to:

Today I’m going to share a song, from a collection composed by Franz Schubert. The song comes from the song cycle Winterreise.

Winterreise is a set of 24 poems written by Wilhelm Muller. Schubert set each poem to music for male voice and piano. Winterreise translates as “Winter Journey”, and the poems speak of lost or unrequited love. Schubert matched the emotional intensity of the poems in his music, resulting in a hauntingly beautiful collection of songs (or song cycle).

This piece, and the whole Winterreise song cycle, falls under the Lieder genre. A Lied is German song written for solo voice and piano accompaniment. They were a popular art form in the 19th century (the Romantic era). The theme of lieder is often about love.

One of the most important aspects when setting text to music is that the music reflects the song’s lyrics. This helps to heighten our emotions when we listen to it. Scroll down for the original German text and translation.

The song is sung by Thomas Quasthoff and accompanied by Daniel Barenboim.

What to listen for:

Who was Franz Schubert?

Schubert (1797-1828) was an Austrian composer. He was a gifted musician as a child, and played piano, violin and organ, and also had a beautiful voice. In spite of his short life, he left a vast array of wonderful works, composed in the late-Classical and Romantic styles. He wrote over 1,500 works, 630 of which were compositions for solo voice and piano.

Who is Thomas Quasthoff?

Thomas Quasthoff was born in Germany in 1959 and is a bass-baritone singer. He was born with severe birth defects caused by thalidomide. Luckily, this did not impede an enormous musical talent. Quasthoff retired from public performance in 2012, but continues to teach.

Who is Daniel Barenboim?

We heard Barenboim a few weeks ago, playing Beethoven’s Sonata No. 8. He was born in Argentina and is a famous pianist and conductor.

What is a song cycle?

A song cycle is a group of songs designed to be performed in sequence in their entirety.

What is word painting?

Also known as text painting or tone painting, word painting is a musical technique in which music is composed to reflect the words. 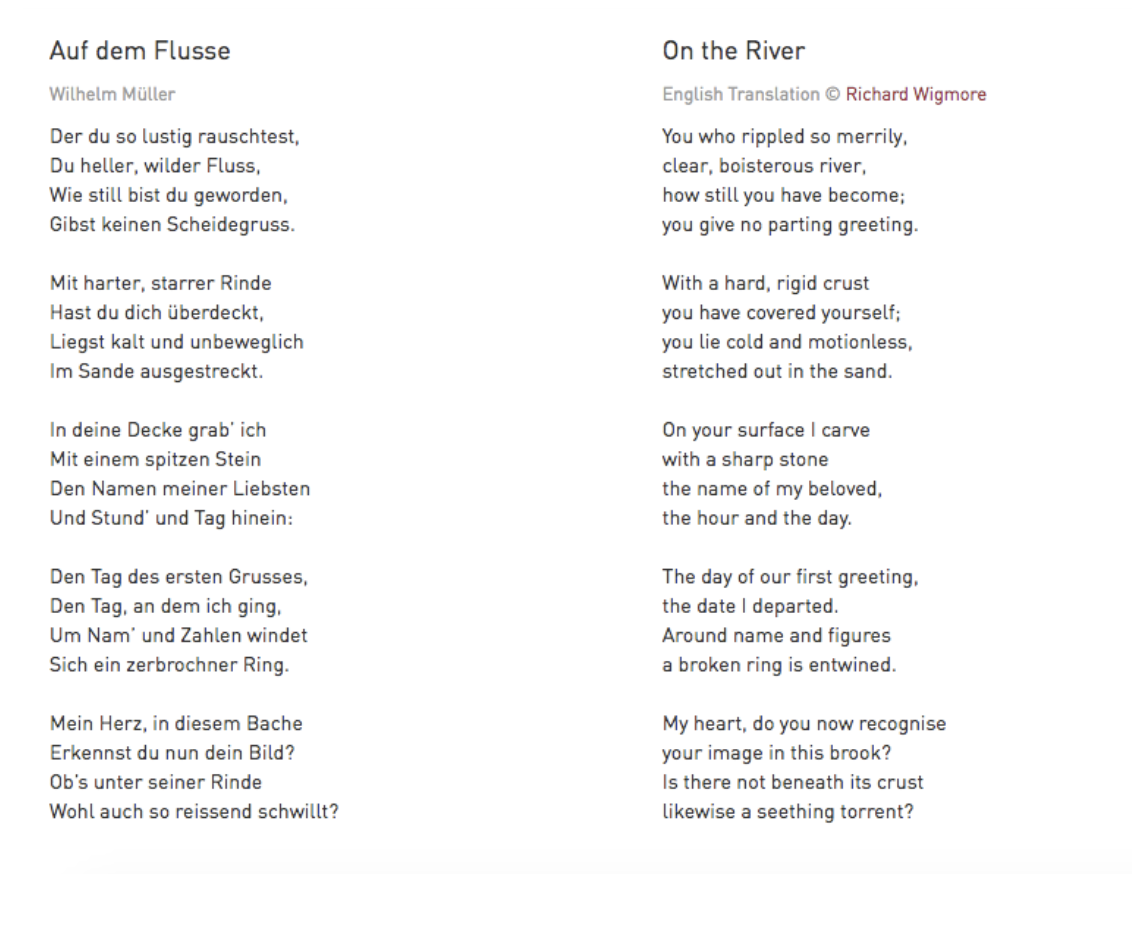 Today Imogen is sharing her ABRSM Grade 2 piece Dusty Blue. Imogen was due to take her Grade 2 exam this summer and has worked really hard at her pieces and scales. Well done Immy, I’m really proud!

I’d love all of you to share your playing, so do please have a think of something that you’d like to perform.

Jen gained a BA degree in Music from Oxford University, where she also held a choral scholarship. She has a keen interest in academic Music, and studied for a Masters in Musicology at the University of Durham, obtaining a distinction.